Milking and Sperm Feeding in Chastity 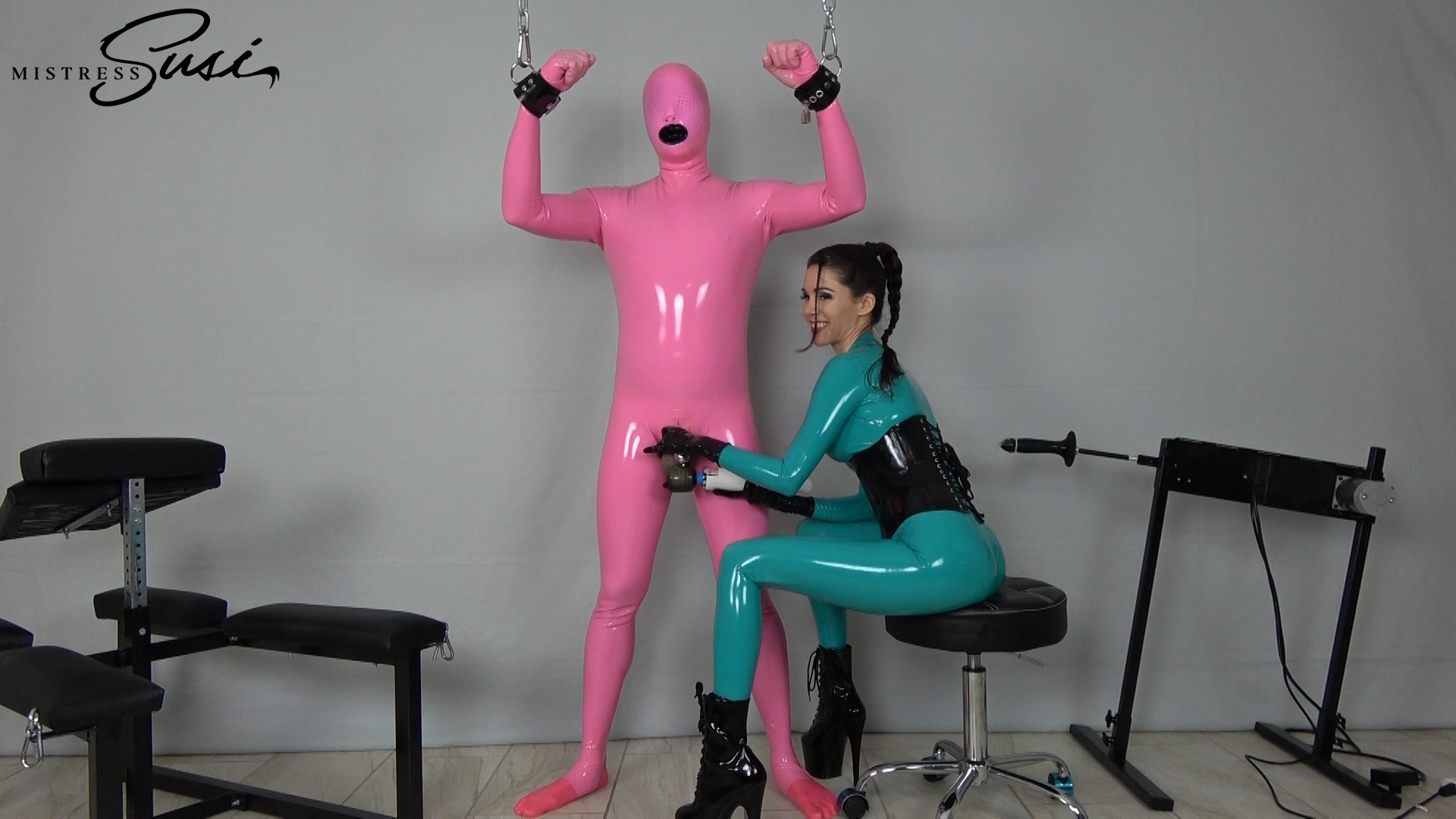 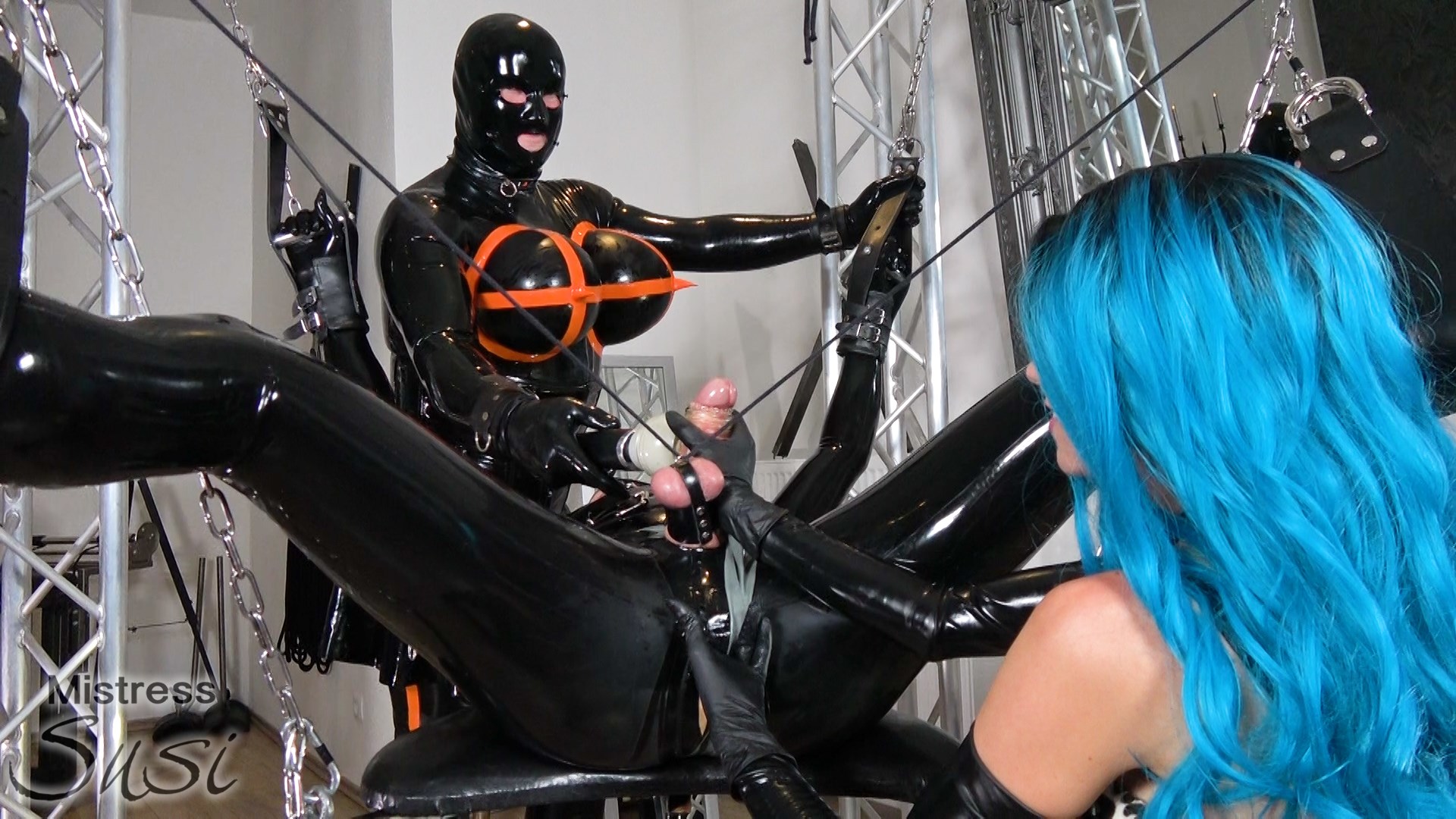 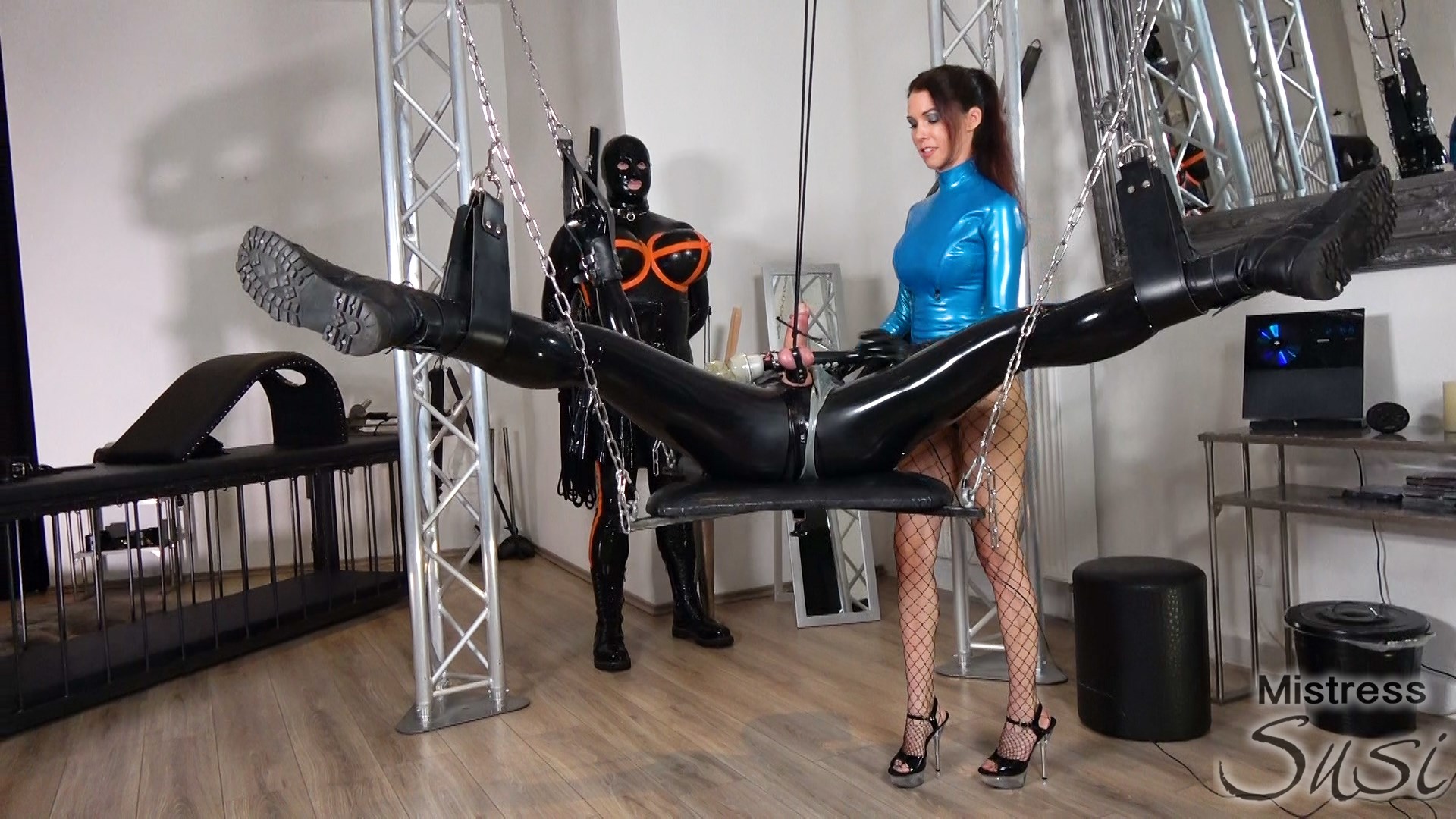 Chastity Tease and electro play for the Rubberdoll 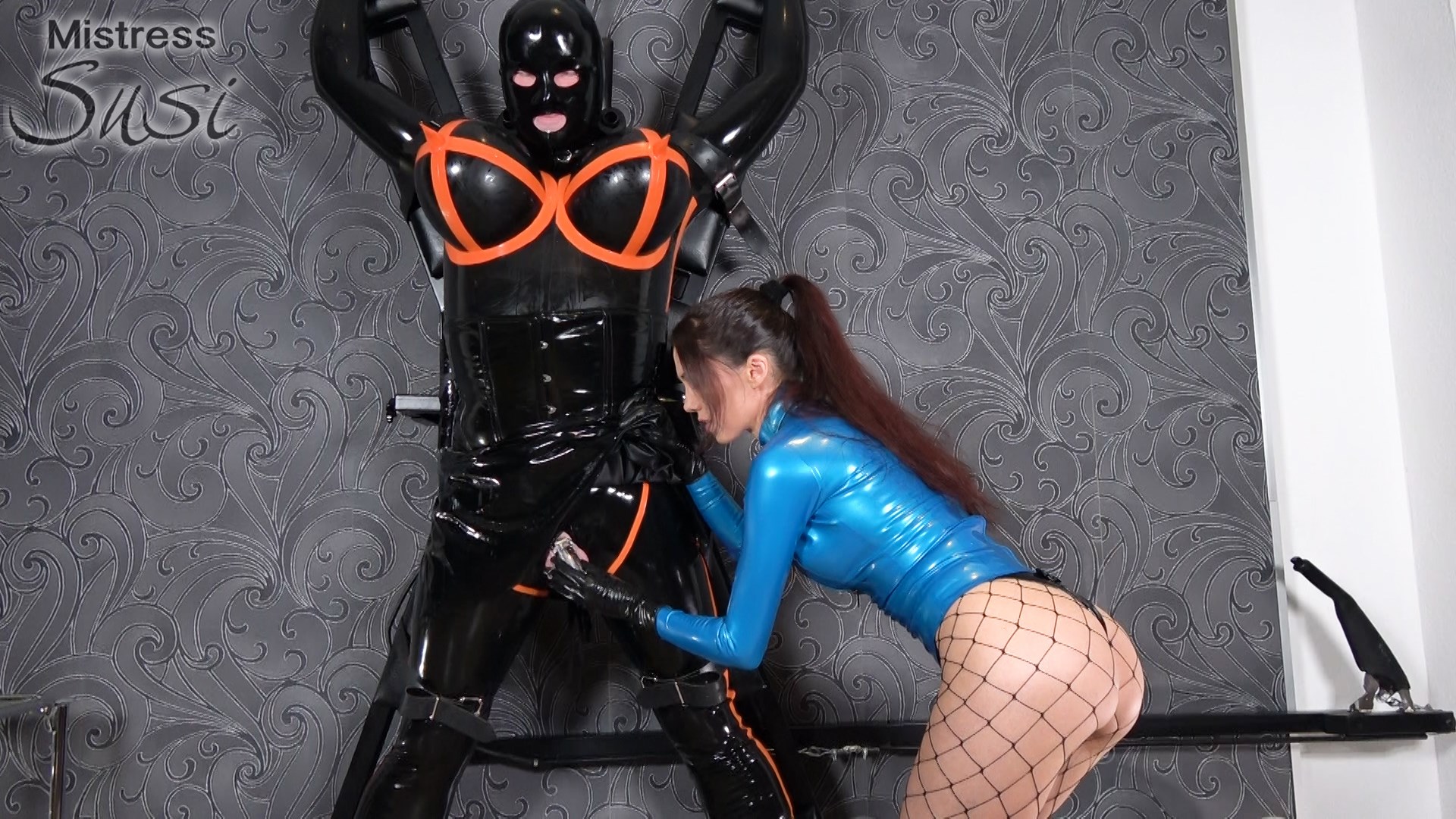 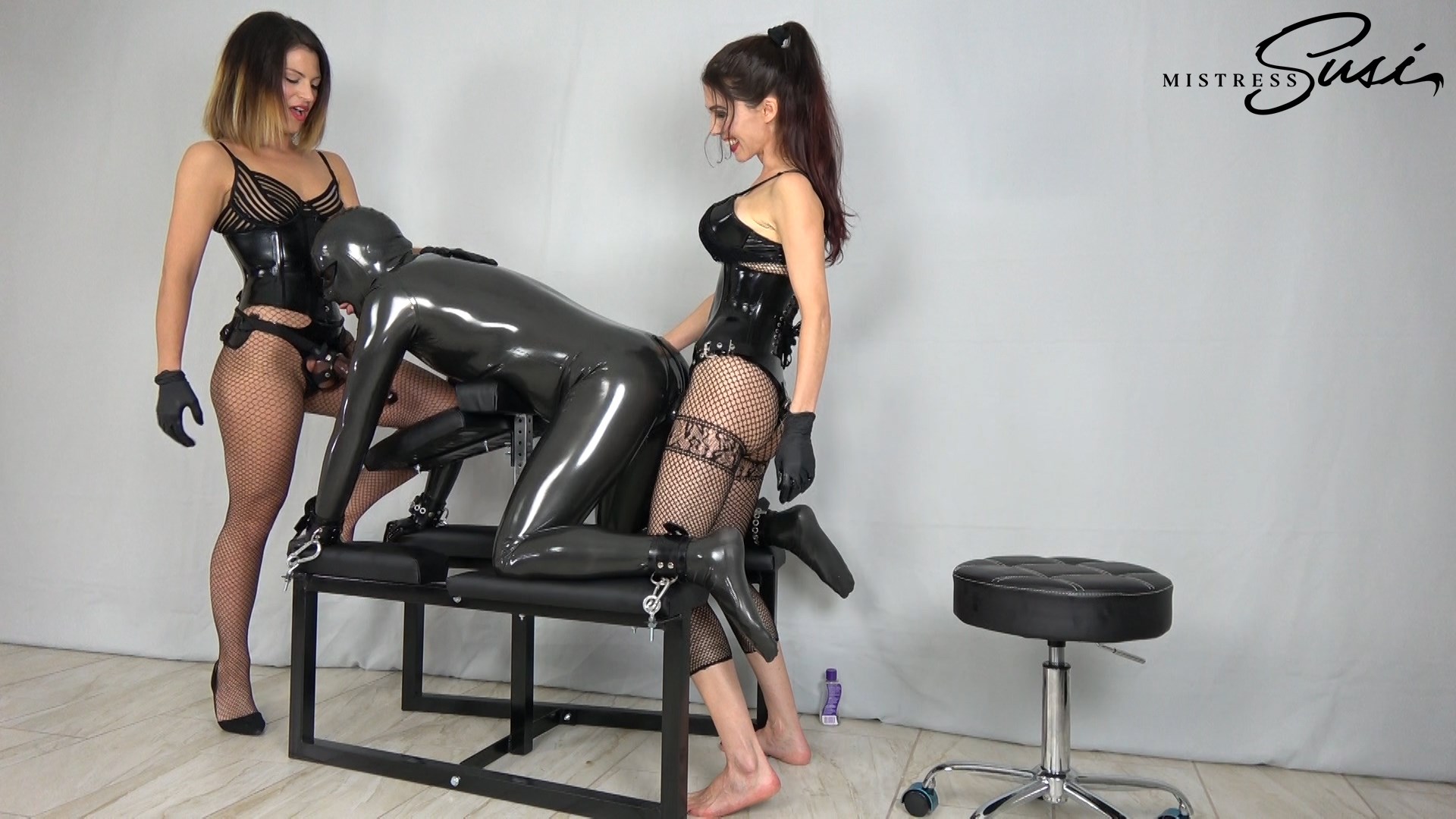 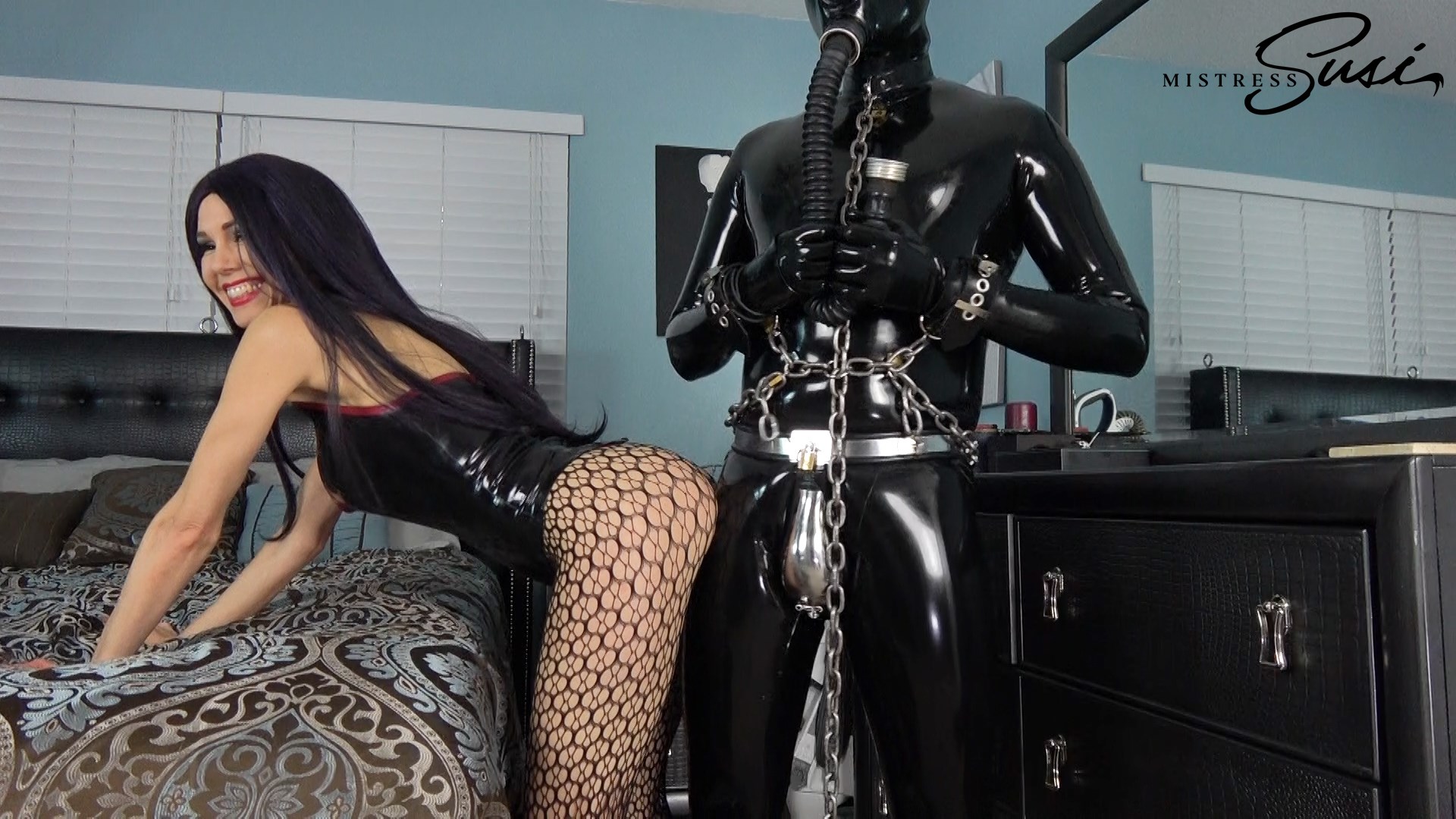 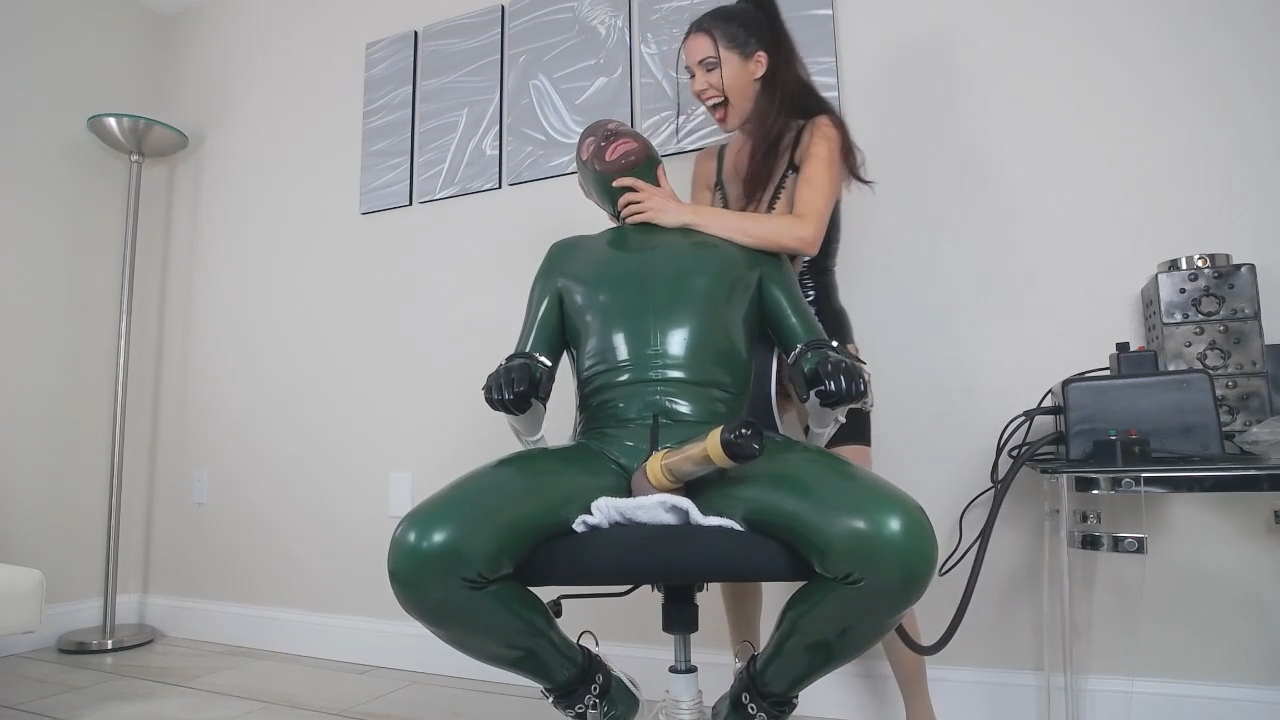 Punishing the RubberSlave in the Tower

Mistress Susi has had a long day and is in need of dealing out some hard punishment. Still dressed in her skintight red Fantastic Rubber catsuit, she has her rubberslave bound to a chair. High in the abandoned tower, he has no change for help. She even brought a second rubberslave to help in the abuse. With the use of steel clamps they both get to work on his nipples. Once he is squirmed enough, the clamps get used on his balls. Mistress Susi knows this is the perfect location to punish and use helpless slaves.

The Fixated Latex Slave and the Cockpump

High in the abandoned tower, Mistress Susi has her latex slaves ready for more fun. Dressed in a supertight red Fantastic Rubber catsuit, She already has one slave strung up in bondage. Removing the chastity cage he has been locked in, she quickly tortures the hard cock with the cockpump. You can hear his moans thru the gasmask as she instructs the other slave to ensure is stays on tight. Now with her hands free, she enjoys working them both over.